The abdominal cavity of the human body contains both hollow and solid organs, all of which have important roles in digestion and other functions. Solid organs include the liver, spleen, kidneys, adrenal glands and pancreas.

There are many different kinds of surgeries that can be performed on the solid organs, including resection (removal). With few exceptions, most surgeries may be performed laparoscopically or robotically, which is generally better tolerated than open surgery.

Solid Organs of the Body

The liver is the largest internal organ of the body, located directly under diaphragm, consists of two lobes, lobules and bile ducts:

What does the liver do? The liver is one of the body’s vital organs, meaning it is necessary to maintain life. The liver’s main functions are to:

Bile is critical for digestion and absorption of fats and fat-soluble vitamins in the small intestine. Many waste products are eliminated from the body by their secretion into bile and later elimination in feces. 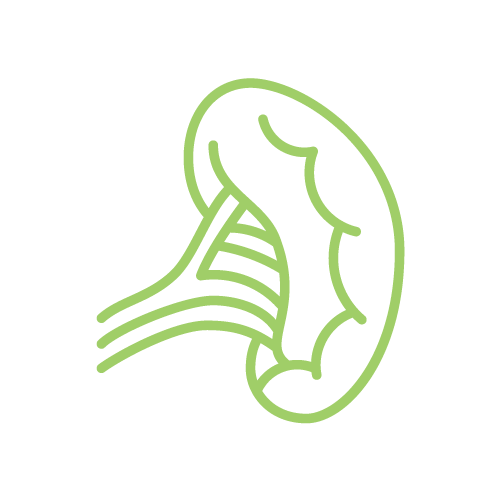 The spleen is a small oval organ located above the left kidney and behind the lower portion of the stomach, size of organ varies and can enlarge and atrophy, especially in old age

What does the spleen do? The spleen had many functions, including:

The spleen contains a high volume of blood, especially during rest; therefore, an injury to or rupture of the spleen can cause extensive internal bleeding and death. 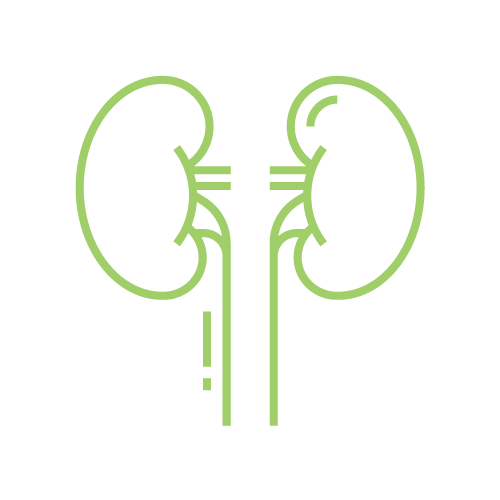 The kidneys are bean shaped organs approximately the size of a fist, located under the rib cage, one on either side of the spine

What do the kidneys do? The kidneys are essential for the filtering and removal of waste products from the blood. 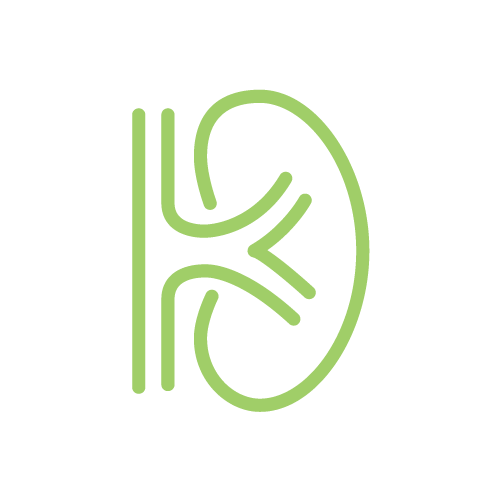 The adrenal glands fit like a cap over the top of the kidneys. They have two parts:

Aldosterone helps with kidney function and maintains sodium (salt) homeostasis in the blood by adjusting sodium levels, potassium and pH levels. Epinephrine, norepinephrine and glucocorticoids affect the autonomic nervous system as a response to stressful and inflammatory conditions, among other functions. The adrenal glands secrete sex hormones as well. 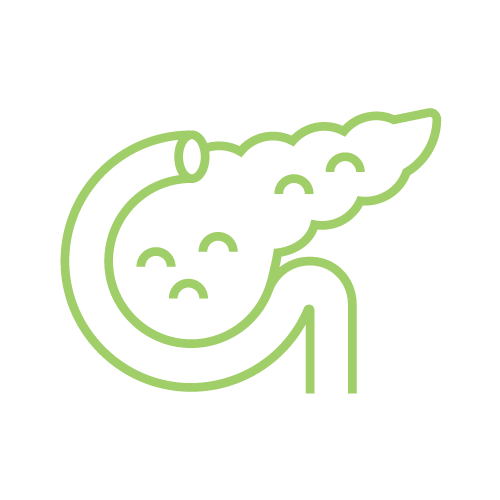 The pancreas is a small, banana-sized organ located in the upper abdomen near the spine, partially behind the stomach

A splenectomy is a surgical spleen removal. Removing part of the spleen is called a partial splenectomy, and removing all of it is a total splenectomy.

Splenectomy is performed to treat diseases, symptoms and conditions that affect the spleen, such as:

In some cases, the spleen is too large for laparoscopic removal and must be removed in an open conventional surgical procedure. An open procedure may also be indicated if there is a lot of scar tissue or difficulty seeing clearly enough to perform laparoscopy. Bleeding problems are another disqualifier for laparoscopy.

While the decision of which type of surgery to perform is usually made prior to surgery, the surgeon may have to switch to an open surgery during surgery if one of these complications presents.

After surgery, a hospital stay is required for monitoring. Pain medications and fluids are given through an IV. For an open splenectomy, a couple days to a week stay is average; laparoscopic splenectomy patients are usually sent home sooner. Four to six weeks is the average recovery period.

As with any surgery, there are possible complications. One of the most common spleen removal side effects is infection. With a splenectomy, there is also a risk of pneumonia or pancreatitis (inflammation of the pancreas). Antibiotics to prevent infection are usually given immediately before the surgery.

Because the spleen plays an important role in the body’s immune response, living without the spleen makes patients more susceptible to infections, especially dangerous bacterial infections that cause severe pneumonia, meningitis, and other serious infections. Vaccinations are usually given to patients about two weeks before surgery or approximately two weeks after emergency surgery. Other immunizations may also be recommended.

An adrenalectomy is a surgery that removes one or both adrenal glands through minimally invasive laparoscopic surgery, traditional open surgery or cryoablation.

Adrenalectomy is performed to treat diseases, symptoms and conditions that affect one or both adrenal glands, such as:

Laparoscopic/robotic adrenalectomies are more common than open surgery. During a minimally invasive adrenalectomy, small incisions are made in the abdomen near the belly button to access the adrenal glands. A tiny camera is inserted through one of the incisions. The abdominal cavity is filled with with gas to inflate it, which helps the surgeon see the adrenal glands clearly.

Some adrenal glands or the tumors on them are too large for laparoscopic removal and an open surgical procedure will be performed. Large incisions are made under the ribcage or sides of the body. The glands are removed, blood vessels tied off to prevent excess bleeding, and the abdominal cavity rinsed with saline. The incisions are closed with stiches.

Cryoablation is another procedure to treat adrenal tumors using computed tomography (CT) imaging to guide the insertion of a probe used to freeze and destroy adrenal tumors. Metastatic small tumors are often treated with cryoablation by interventional radiologists when surgery carries a high risk.

With a laparoscopic adrenalectomy, a hospital stay of one to three days is average. Open surgeries require four to five days in the hospital. There may be some pain at the incision sites as well as cramping or bloating from the gas used to inflate the abdomen.

A pancreatectomy is the surgical removal of part or all of the pancreas. A distal pancreatomy is a surgery to remove the body and the tail of the pancreas, and the spleen may also be removed. Distal refers to the lower portion.

A pancreatectomy is used to treat a large number of diseases and conditions involving the pancreas, including:

Three small incisions are made: one for a camera, one for surgical instruments and one for the surgeon’s hand. The surgeon removes the cancerous part of the pancreas, and if necessary, the spleen. The surgery takes between three to four hours.

After surgery, a catheter and/or abdominal drainage tube may still be inserted. The length of time spent in the hospital after surgery depends on the type of surgery and individual speed of recovery. Most patients stay in the hospital for three to four days after a distal pancreatectomy. Solid foods are restricted for the first day or two. Pain medications will be prescribed as necessary. Fatigue may last for six to eight weeks post-surgery, but will slowly improve.

Heavy lifting (over five pounds) should be avoided for at least eight weeks. A doctor should approve any exercise; however, doing aerobic exercise, such as walking and stair climbing, will help in gaining strength and feeling better overall. Coughing and deep breathing exercises may be prescribed.
If you have a condition of one of the solid organs, request an appointment at Advanced Laparoscopic Associates. We can diagnose your condition and recommend the most effective and tolerable treatment for your situation.