What Is the Hepatobiliary System?

At Advanced Laparoscopic Associates, our surgeons specialize in the treatment of conditions of the abdominal cavity, including the hepatobiliary system.

The hepatobiliary tract consists of the liver, gallbladder and bile ducts. This system serves to remove waste products from the liver into the duodenum (first section of small intestine) and helps digestion by controlled release of bile. Bile is a greenish-yellow fluid secreted by the liver cells that contains cholesterol and bile salts.

Most of the released bile (90 percent) is reabsorbed in the intestinal tract. A small percentage of bile is eventually excreted in the form of feces and is the component that gives feces their dark brown color.

Gallstones are deposits of digestive fluid (bile) that has hardened into “stones” that range from the size of a grain of sand to a golf ball. There are two kinds of gallstones, depending on their content – cholesterol (most common) and pigment.

People may develop one or more gallstones at the same time. If gallstones have no symptoms, surgery is usually not required. However, if they are causing a blockage, inflammation or pain, surgery is generally indicated. 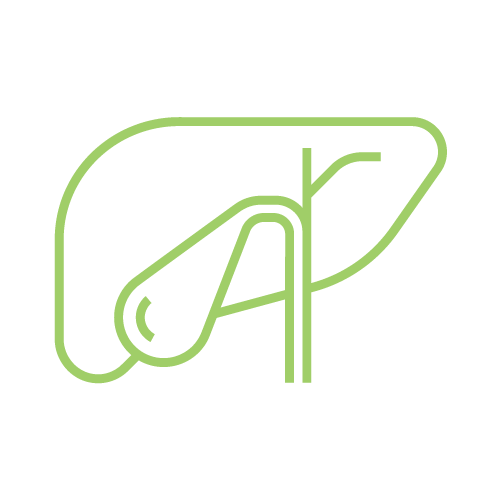 A cholecystectomy is usually performed minimally invasively, either laparoscopically or robotically. Rarely will we need to perform an open procedure to remove a gallbladder.

In a minimally invasive procedure, four small incisions are made in the abdomen. A tiny camera is inserted for the surgeon to visualize the abdominal cavity, and the gallbladder is removed. This surgery is most often done as an outpatient procedure and patients may go home the same day. 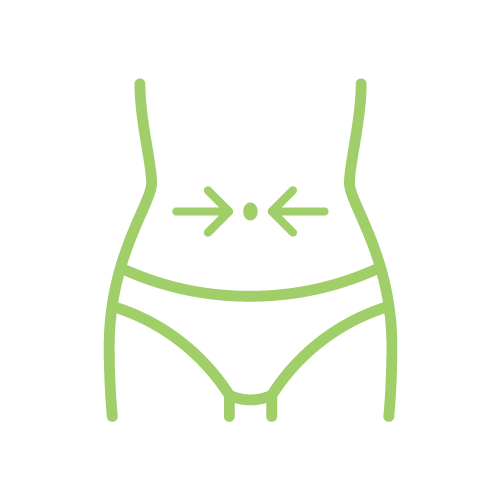 A robotic cholecystectomy can be done through one incision at the patient’s belly button. A tiny camera is inserted into the removal site. The surgeon sits at a console with access to a three-dimensional visualization of the removal site. The surgeon manipulates the console to control the robotic arms that hold the small instruments needed for the procedure through the single incision.

Studies have been conducted to show variations in surgical pain and postoperative complications between laparoscopic and robotic gallbladder surgery. In one study, patients who underwent robotic cholecystectomies had less postoperative pain than those who received traditional laparoscopic procedures. Although both types of patients are typically able to go home within the same day of the operation, robotic surgery patients may have a faster recovery period. Overall, robotic surgery provided less pain, bleeding and scarring than traditional procedures. Both methods present with very minimal postoperative complications. 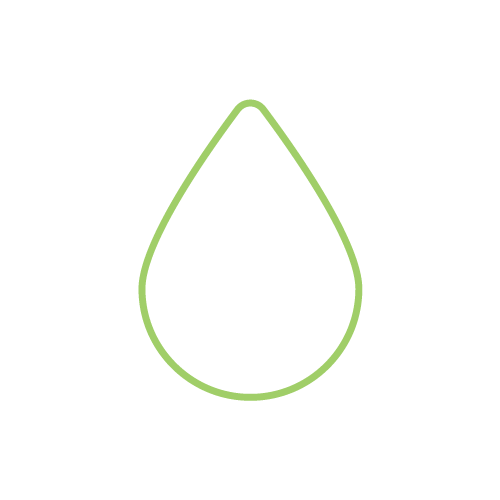 This procedure is used to see if the flow of bile from the liver and gallbladder to the intestine is being blocked. If something, such as a stone, is blocking the bile duct, bile can back up into the liver. This blockage can cause jaundice (yellowing of the skin and eyes) or infection of the bile duct.

A cholagiogram—a picture of the bile ducts—is usually performed at the time of a cholecystectomy. Dye is injected into the bile duct. An X-ray is taken to show the blockage location.

If stones are found, a choledocchoscopy can be performed. A choledochoscopy is a procedure performed under general anesthesia. It is a visual exploration of the inside of the common bile duct using a small endoscope (choledochoscope).

The endoscope can be inserted intraoperatively through the cystic duct, directly into the common bile duct. Small calculi (stones) may be removed if found during this procedure.

In more complicated cases a tube may be inserted into the bile duct in order to drain bile into a bag outside the body for one to several weeks. An X-ray procedure may need to be repeated before tube removal. A hospital stay of one to four days may be required. 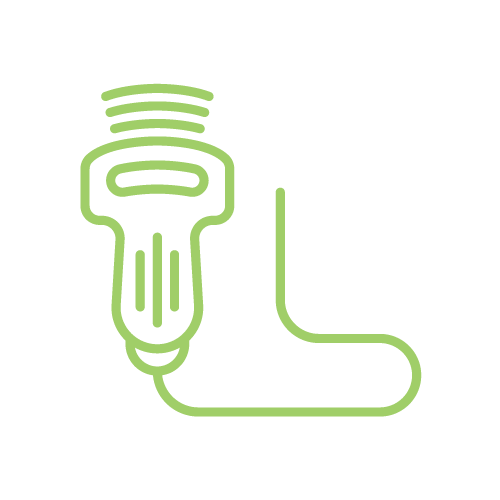 A liver ultrasound (or abdominal ultrasound) is a short, noninvasive imaging test that may be performed in conjunction with other imaging tests. This test uses sound waves to produce images of the size and shape of the liver, as well as blood flow through the liver. Liver ultrasounds are indicated when fatty liver disease (FLD), cirrhosis of the liver, liver fibrosis or other liver abnormalities are suspected.

In FLD, normal liver tissue is replaced by more than five to six percent fat, which can cause:

Without treatment, FLD can lead to liver fibrosis, which can reduce blood flow through the liver and create scar tissue. Liver fibrosis may cause cirrhosis, liver cancer or liver failure. On a liver ultrasound, scarred livers look brighter than normal livers, while cirrhotic livers look shrunken and lumpy.

Ultrasound elastography is an imaging technique to check for liver fibrosis. Through the movements of the liver caused by the ultrasound waves, doctors may measure the liver’s elasticity (or stiffness). Fibrotic livers are much less elastic than normal livers and move much more in response to the ultrasound waves. 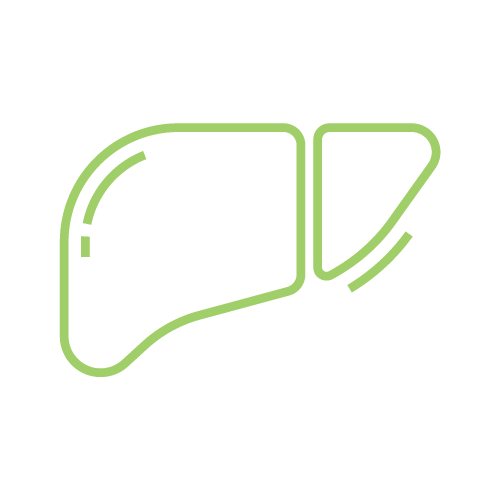 In this procedure, a small piece of liver tissue is removed to examine for signs of disease or damage. A liver biopsy is often recommended when blood tests or imaging studies indicate a possible liver problem, such as a liver tumor or ongoing fevers of unknown origin.

Liver biopsies are also used to determine the severity of liver disease (staging), including:

A percutaneous liver biopsy is the most common type performed. A thin needle is inserted through the abdomen into the liver to remove a small piece of tissue. There are two other types of liver biopsies – transjugular (through a vein in the neck) and laparoscopic (through a small incision in the abdomen).