In conventional open surgery, a larger incision (cut) is made in the abdomen for the surgeon to directly view the abdominal cavity and make repairs. In laparoscopic/robotic surgery, a few smaller incisions are made and repairs are made with the assistance of a laparoscope – a small instrument with a tiny camera and light at the end.

A tube (trocar) is inserted through which the surgeon inserts the laparoscope, as well as two to three additional trocars. These trocars allow the surgeon to insert small surgical tools. The laparoscope allows the surgeon to see inside the abdominal cavity without opening up a large incision.

Parts of the Lower Gastrointestinal Tract

A general understanding of the gastrointestinal tract is helpful when an abdominal surgery is needed. The digestive system is divided into the upper digestive tract and the lower digestive tract, which sits in the lower abdominal cavity. The lower gastrointestinal (GI) tract consists of the part of the small intestines and the large intestine. There are also accessory glands that open into the upper GI, including the liver and pancreas. 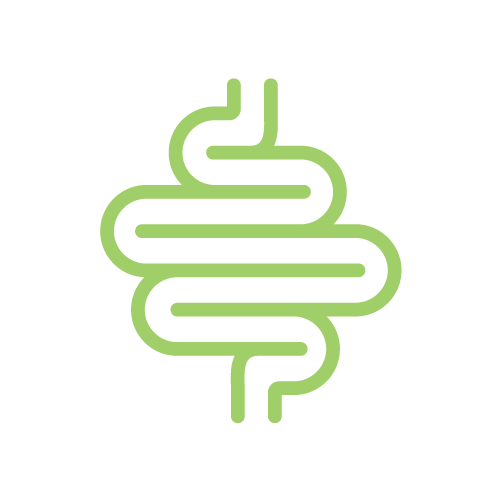 Parts of the small intestine include three divisions 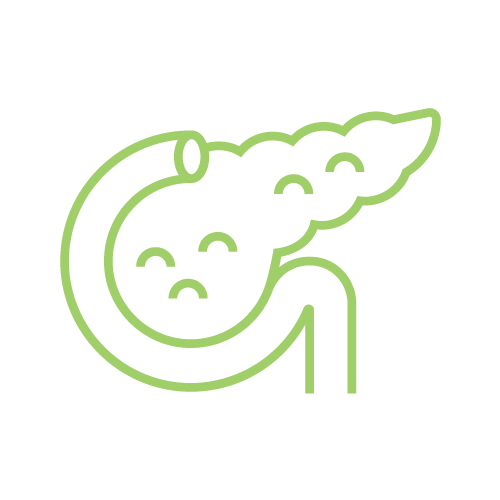 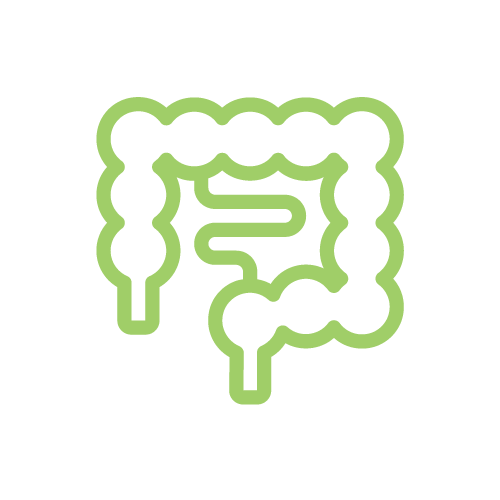 Parts of the large intestine include three divisions:

The anatomy of the rectum is designed to slow down the flow of feces and hold the fecal matter in place until the body is ready for a bowel movement to remove the feces through the anus. 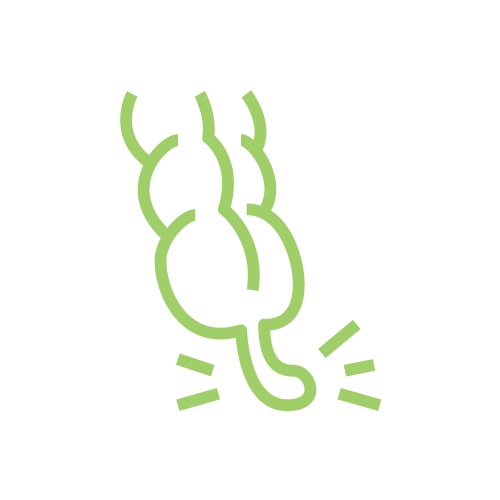 What does the appendix do? The appendix acts as a breeding ground for non-harmful bacterial normally found in the colon. A microbiome is the name for the collective microorganisms in a particular environment, such as an organ like the colon. When the colon’s normal and beneficial microbiome is disrupted by antibiotics or an infection, the bacteria that are housed in the appendix are able to migrate to the colon to restore a healthy microbial balance. 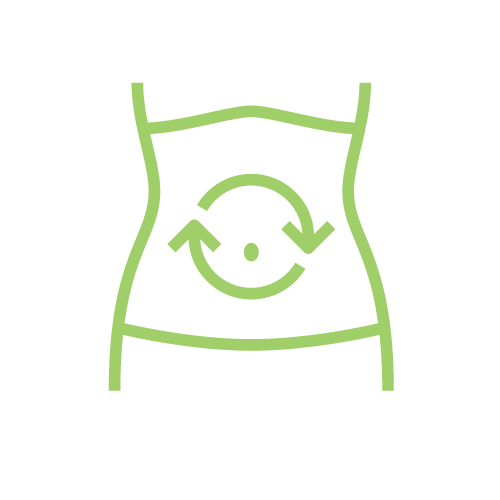 What does the peritoneum do? The peritoneum is not an organ; however, this large and continuous membrane has many important functions. It lines the walls of the entire abdominal cavity, loosely holding the organs in place. The membrane also forms the outer layer of the organs (visceral layer). In some places, the peritoneum forms extensions in order to bind organs together. The peritoneum also helps prevent strangulation of the small intestine by allowing the coils of intestine to move freely, preventing a blockage.

Lysis of adhesions is a surgery to disconnect bands of tissue (adhesions) that form between organs, connecting the organs to each other. These bands are often caused by scar tissue formed after a previous abdominal surgery. Adhesions can cause severe pain and impede the proper functioning of the organs involved.

The largest risk factor and predictive factor of adhesion formation is a history of previous abdominal surgery. Most intestinal obstructions occur after lower abdominopelvic surgeries such as hysterectomy, colectomy and appendectomy. The most common complications caused by adhesions are small bowel obstruction and chronic pain. In less complicated cases of small bowel obstruction, a conservative, nonsurgical treatment may be employed as a first treatment measure.

If conservative treatment fails, surgery may be required. Surgeries include both conventional open or minimally invasive approaches. Minimally invasive surgery has become more popular for lysis of adhesions and the treatment of a small bowel obstruction.

Lysis of adhesions may be done using minimally invasive laparoscopy, using only a few small incisions in the abdomen. Open surgery is another option, which employs a much larger incision. Both procedures are performed under general anesthesia.

If open surgery is performed, the surgeon makes a large incision in the abdomen and no laparoscope is used. In both types of surgery, the surgeon cuts away the adhesions and possibly part of the small or large intestine. The incisions are then closed.

After surgery, feelings of weakness, nausea and being tired are expected. Some abdominal and incision pain is common and should steadily improve in the next few weeks after surgery. Normal activities may be resumed after two to four weeks. Bowel movements may not be regular for several weeks and some blood in the stool may be present. Pain medication may be prescribed as needed.

Small bowel resection/small bowel bypass may be recommended for the following:

The surgery can be performed with minimally invasive laparoscopy or with conventional open surgery and takes approximately one to four hours. In laparoscopic surgery, the surgeon makes three to five small incisions in the lower abdomen. A laparoscope with a camera is inserted through one of the incisions. A larger incision of two to three inches may also be made if the surgeon needs to put a hand inside the abdomen to feel the intestine or remove the diseased portion. As with lysis of adhesions, the abdominal cavity is filled with gas. The affected part of the small intestine is removed. Open surgery requires an incision of six to eight inches.

In both surgeries, if there is healthy small intestine left, the ends are attached by sutures or staples. This procedure is called an anastomosis and most patients have this done. If the intestines is not healthy enough to connect, the surgeon creates an opening called a stoma through the skin of the abdomen. Any opening in the body is a stoma, whether natural (anus) or artificial, through surgery. An ileostomy is then performed, which connects the last part of the small intestine (ileum) to the abdominal wall. Fecal waste will pass from the ileostomy through the stoma into a drainage bag outside the body. The ileostomy and stoma may be either temporary or permanent.

The recovery outcome depends on the extent of the disease. Most patients will stay in the hospital for five to seven days. Complete recovery may take two months. Pain medication may be prescribed as needed.

A small tube will be inserted into the stomach and is used to remove the stomach contents so that the intestines can recover after surgery. Once the tube is removed, a light diet is started. Soon, feces will start to pass through the stoma into a lightweight bag.

Feces will usually be thin and watery. Instructions will be given on how to change the bag. Sutures are removed in five to six days. Diet is restricted for the first couple months, then may return to normal, though certain types of food should be avoided.

If the stoma is temporary, a subsequent operation is needed to reattach the bowel so feces pass through the anus. If the stoma is permanent, there will be no voluntary control over the passage of feces, which is also likely to be thin and watery. A stoma association support group is often recommended as they can advise patients regarding many concerns, such as clothing, body image and sexuality.

Colectomy is a surgery to remove all or part of the colon (large intestine). Colectomy surgery often requires additional procedures to reattach the remaining portions of the digestive system and permit fecal waste to leave the body, such as colon resection surgery.

Colectomy is performed to prevent and treat diseases and conditions that affect the colon, such as:

The type of colectomy performed depends on the condition and surgeon’s expertise. The surgery can be performed with minimally invasive laparoscopy or with conventional open surgery. Though laparoscopic colectomy may reduce pain and recovery time after surgery, not all patients are a candidate for this procedure. There are multiple types of colectomy operations:

Once the colon has been repaired or removed, the surgeon will reconnect the digestive system to allow the body to remove waste. Options for this include:

ALA also uses the most advanced technology available to optimize successful results, such as robotic-assisted surgery. Colorectal surgery has been revolutionized by the development of robotic surgery. With the application of robotic-assistance in these procedures the surgeon is offered enhanced precision. A specialized camera displays magnified and three dimensional visualizations of the intended area of surgery. The surgeon sits at a console and directs the robotic arms. These arms hold the necessary instruments and use their multi-dimensional wrists to smoothly maneuver into areas that typically may not even be laparoscopically operated on (requiring open surgery).

Robotic colorectal surgery was developed to overcome limitations of laparoscopic surgery. This means that patients with colon and rectal conditions of higher complexity are now able to experience minimally invasive surgery that laparoscopic procedures have not always been able to address. Additionally, with the use of robotic colorectal surgery as opposed to more invasive surgeries, the patient may see fewer days of hospitalization and in-home recovery due to the minimization of trauma to the surgical area. Robotic-assistance may even offer less complications in the postoperative state.

The recovery is the same as for a small bowel resection.

An appendectomy is the removal of the appendix.

Although anyone can develop appendicitis, it occurs mostly in people between the ages of 10 and 30. Appendicitis is a medical emergency and standard treatment is surgical removal of the appendix.

Laparoscopic surgery allows for faster recovery and healing with less pain and scarring, and is often a better option for older adults and obese patients. However, if the appendix has ruptured and infection has spread beyond the appendix or an abscess has formed, an open appendectomy may be required to allow the surgeon to clean the abdominal cavity.

A hospital stay of one or two days is expected. Full recovery takes a few weeks or longer in the case of a burst appendix. Strenuous activity should be avoided for up to two weeks. Weakness and tiredness should be expected and plenty of rest is required for healing.

Returning to work is a decision made between the patient and the surgeon depending on the rate of healing and the type of work to be performed. Light activity should resume as soon as possible, such as short walks. Pain medication may be prescribed as needed.

Research suggests that laparoscopy is the most effective diagnostic and therapeutic diagnostic tool for patients with chronic abdominal pain. Laparoscopy can identify abnormal findings and improve the pain in a majority of patients with chronic abdominal pain. Laparoscopy allows surgeons to see and treat many abdominal conditions that cannot be diagnosed otherwise without subjecting the patient to the risks of conventional open surgery or trying multiple unsuccessful nonsurgical treatments.

Under general anesthesia, a needle is passed through the abdominal wall in an area with no scars, most often in the left upper quadrant of the abdomen. A trocar is inserted, through which the surgeon inserts a laparoscope with a camera and light, as well as two to three additional trocars. These trocars allow the surgeon to insert small surgical tools into the abdomen if needed.

The whole abdominal cavity is inspected carefully, usually starting from the liver, gallbladder, anterior surface of the stomach and spleen. Using graspers, these organs can be touched safely and lifted for inspection.

The small bowel is also examined carefully so as not to perforate the looping tubes or bowel. The colon and appendix are then inspected. Finally, the gynecological organs in women and peritoneal surfaces are evaluated. If any adhesions are seen, they are removed. Other laparoscopic procedures such as appendectomy, cholecystectomy (removal of the gallbladder), hernia repair, and biopsies may also be performed at this time depending on the patient’s condition.

Recovery time varies depending on if a repair is required, the type of surgical repair, and the patient’s overall condition. The recovery period and restrictions are similar to other laparoscopic procedures described here.

If you have abdominal pain or an intestinal condition that may require surgery, request an appointment at Advanced Laparoscopic Surgeons. We will be able to diagnose the cause of your condition and recommend a treatment approach that’s right for you.